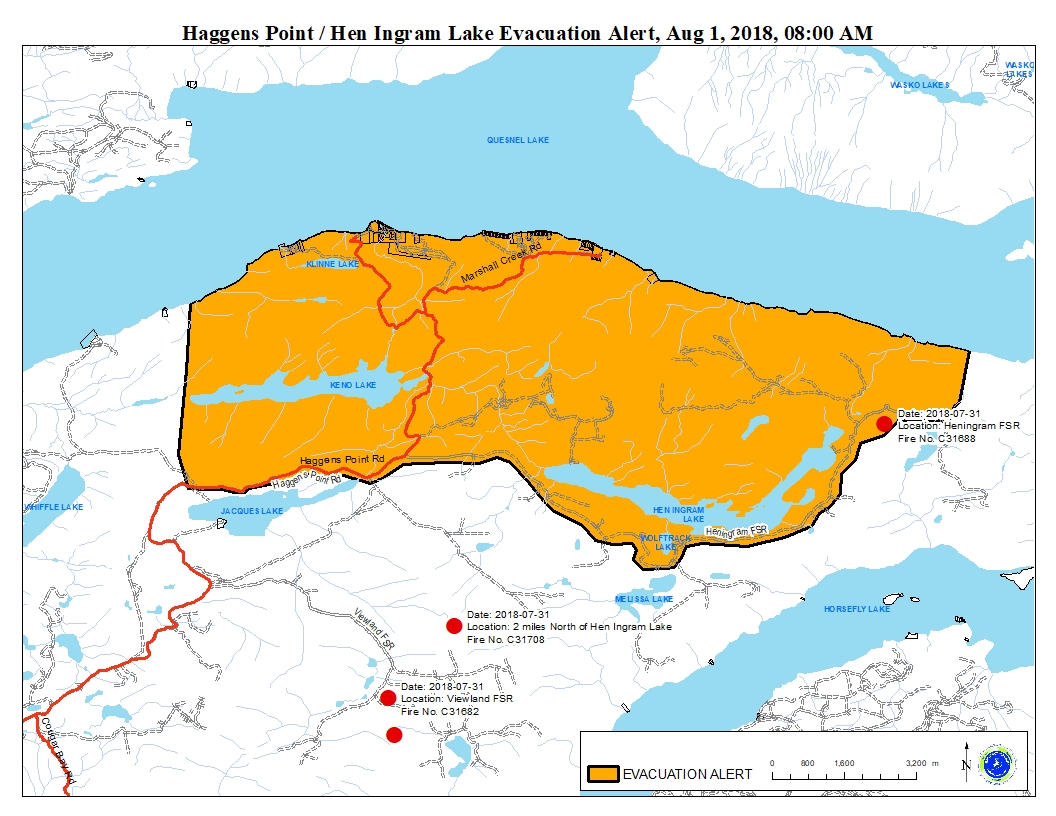 The Cariboo Regional District Emergency Operations Centre has expanded one Evacuation Alert and also issued a new one.

“As of the evening of August the 7th the CRD issued two Evacuation Alerts for some areas in the northwest Chilcotin. One is an expanded evacuation alert, that’s for the Tatelkuz Lake area. That’s about 130 kilometers west of Quesnel. The initial alert has been expanded due to the Chutanli Lake wildfire. We also have an evacuation alert in the Shag Creek area.”

Epp says that is quite a ways north of Anahim Lake, near the Itcha Mountains.

She both areas are in the Chilcotin are quite remote…

“It is a rural area and we’re looking at around a dozen or so properties. I think there are 16 in the Shag Creek area. Originally in the Tatelcuz Lake area there were two properties effected and now it’s expanded to 38.”

Epp says the main concern, because they are so remote, is access in and out.

The Chutanli Lake wildfire is actually in the Prince George Fire Centre area and is listed at around 15-hundred hectares in size and is active.

It has crossed the Kluskus Forest Service Road and is currently exhibiting aggressive fire behavior due to high winds and temperatures.

The wildfire just west of Shag Creek meanwhile, is estimated at 300 hectares and is also zero percent contained.

It was discovered a week ago.