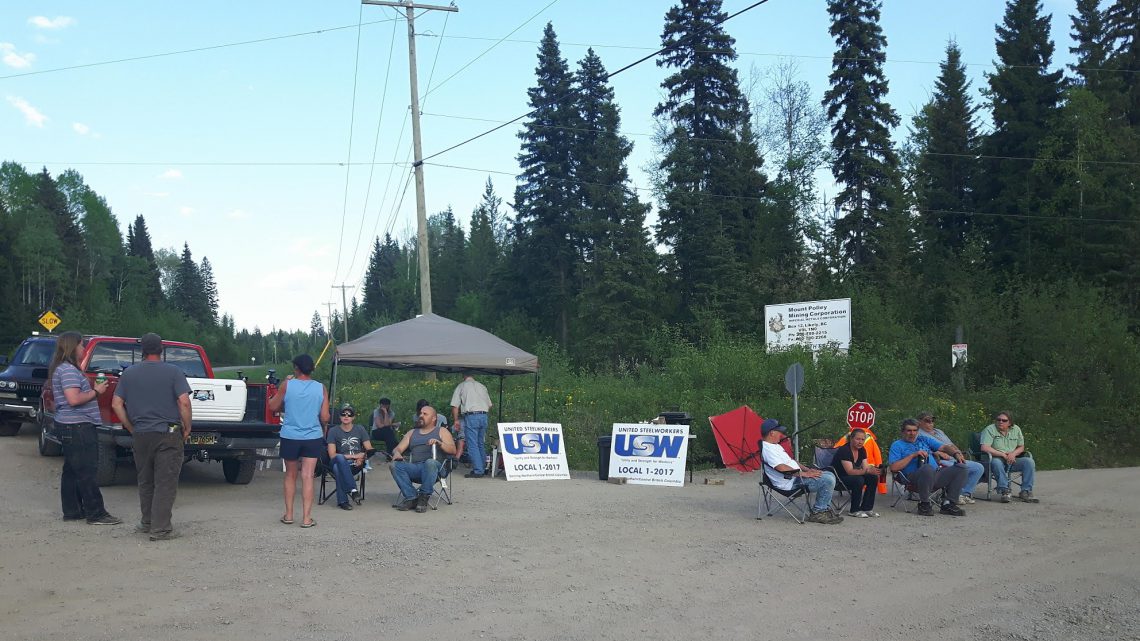 A tentative agreement has been reached between Mount Polley and the union representing more than 200 workers who have been on strike for almost nine weeks now.

Brian O’Rourke, the President of the United Steelworkers Local 1-2017, confirms that an agreement was reached yesterday afternoon with the help of a mediator.

“We’re currently setting up meetings for July 31st and August 1st, we tried to keep them on the same type of rotations that they had with their picket duty as opposed to their shifting. We’re looking at setting up meetings for both of those days and explaining the terms that were negotiated and hopefully get a good ratification vote at those times. We’ll vote it at the same time after our meetings.”

No details will be released until after that vote.

If all goes well, he says the workers should be back to work in early August.

“We met last week for two days on Tuesday-Wednesday with Mount Polley and made what we considered to be huge progress. Unfortunately, we ran out of time, the employer negotiator had to leave, and we were able to set a date with the mediator for Monday in Kelowna to get back to the table. So our negotiating team traveled to Kelowna, met with the employer, and negotiated what we believe will be an acceptable deal going back to our employees.”

Workers went on strike back on May 23rd following a brief lockout by the company.