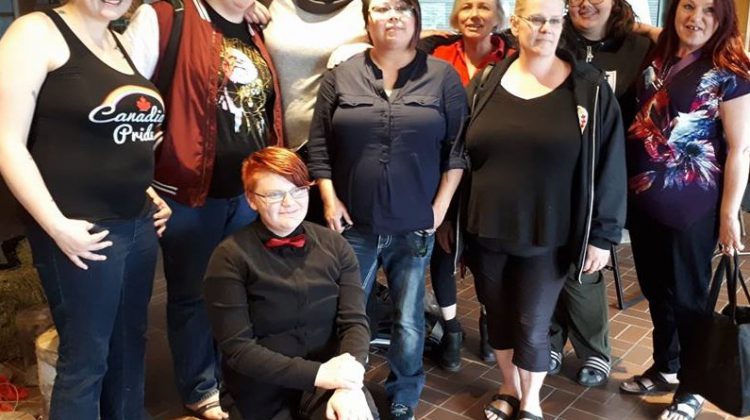 Williams Lake will be getting a rainbow crosswalk.

The Williams Lake Pride Committee received unanimous support from Council in their request of the installation of a rainbow crosswalk Tuesday evening following the eruption of applause from the audience.

Among the dozens of supporters was Superintendent of Schools for District 27 Mark Wintjes with Board of Education Chair Tanya Guenther and Vice-Chair Brice O’Neill.

“For us, it’s a piece that we need to have those conversations with our contingents and our stakeholders, and we feel really important that this group needs to be supported in Williams Lake and that we’re willing to step out and show that support by being here,” he said.

Wintjes adds that seeing some students with the Pride Committee making the presentation and speaking in front of Council was awesome to see and that they are encouraged that students will get involved in its’ installation as there were other students in the audience showing support as well.

Pride Committee sitting president and founder Willa Julius says that their goal is to have the rainbow crosswalk installed by June 2019.

“I’m feeling very excited,” says Julius. “I can’t wait to get this project started. With the support we’ve had in the last few days I think getting it as soon as possible, we’ll probably have everything ready totally by then.”

The cost of the rainbow crosswalk which includes its upkeep and maintenance is $2,225  and will be covered by the Committee who plan to fundraise for it.

The rainbow crosswalk following Council’s unanimous support at the request at Councillor Ivan Bonnell was referred to the City’s Public Works Committee that will work with the Pride Committee for a finalized location and to determine any required permits and further needs.

“It’s time for this to happen,” said Councillor Laurie Walters.

The current symbol and meaning of the rainbow according to a presentation by the Williams Lake Pride Committee are as follows:

Councillors Sue Zacharias and Scott Nelson were absent from the meeting.