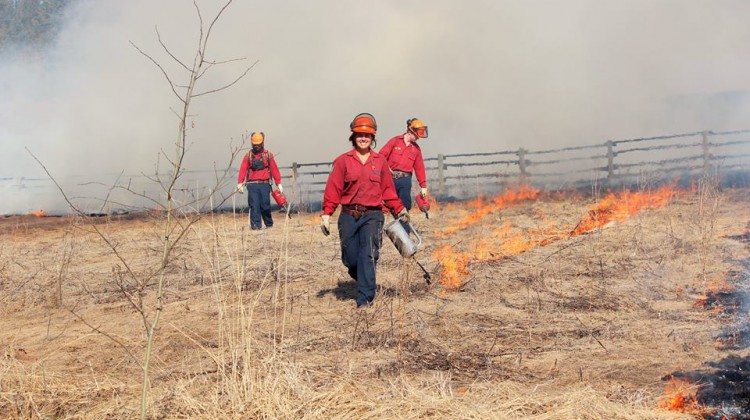 (supplied by BC Wildfire Service)

The Cariboo Fire Centre completed a series of prescribed burns at the Chimney and Felker Lake recreation sites yesterday.

The Centre says not only did the burns meet the objective of reducing fire hazards, but they were great training opportunities for the crews.

Crews from the  Williams Lake Fire Department meanwhile will be continuing prescribed burns at various locations throughout the City after having completed one yesterday evening near the campus of Lake City Secondary.

The Department says controlled burns will continue to place between now and April 14th at the following locations between 6 pm and 9 pm.

-Water Tower, off of Gibbon and Western
– Stampede Grounds, below Oliver Street
– Hillside, behind the Mall
– Hillside, across from the Fire Hall on Hodgson Road
– Below the bus depot (top side of Boitanio Park off of Proctor Street)