A raffle, games, and homemade baking are all part of a fundraiser this weekend in Williams Lake that will go to a not-for-profit animal rescue that also provides pet food to low-income families. 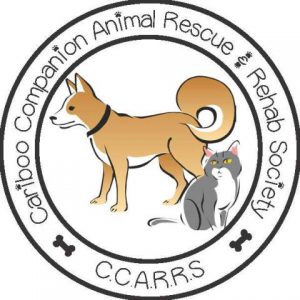 “That is our struggle every day,” said CCARRS.

“We had a mom who was recently that was surrendered while she was pregnant and she went into labor and had her babies, and a few days later she ended up with an infected uterus. Her bill alone was $700.”

CCARRS notes that there is also still ongoing relief from the 2017 fires.

The fundraising bakes takes place Saturday and Sunday at Bosley’s.

There will also be a hot dog sale following with the drawing of prizes on April 29 from 11am-3pm.

“We’re really hoping this fundraiser will help…This is the fundraiser that last year we made $11,000, and this year donations are only $1,900,” said CCARRS.

CCARRS since being co-founded in 2010 by Jan Laurin who been helping animals most of her life, has provided rescue, rehabilitation, and veterinary care to more than 500 dogs and over 900 cats.