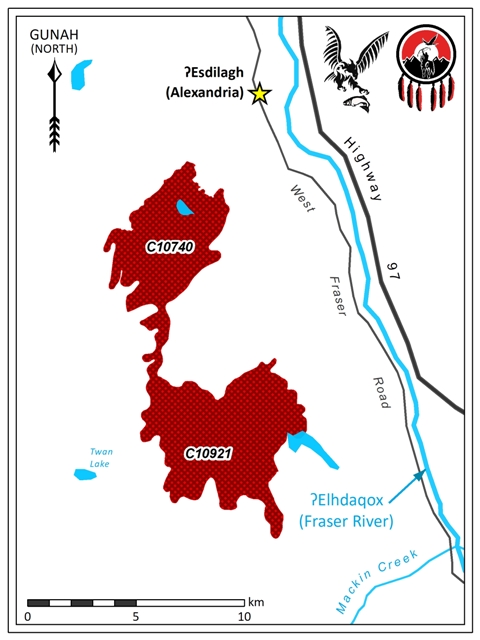 The ?Esdilagh First Nation has declared a No Go Zone for mushroom picking this year in their territory’s most ecologically and culturally sensitive area which was hit hard by last year’s Cast Rock/Twan Lake South wildfire.

Band manager Chad Stump says that the area still has remnants from wildfires that ripped through the area in 2010 and resulted in over-use by ATVs on wildlife and habitat, along with heavy garbage and destructive behaviors on the land.

“The worry is if we go in and disturb this area it just won’t come back,” he says.

“We’ve been doing our research and the mushroom life and the fungi life it really helps rejuvenate the areas if left untouched. So we’re going to do our best to help mother nature.”

The ?Esdilagh First Nation will be offering mushroom picking and camping permits through their band office for other areas that are eligible.

“We can definitely give some local education for the areas that are eligible for mushroom picking because there are some really good areas back there, and we hope everybody is respectful of the land,” says Stump.

“We’re going to have our ?Esildgah guardians out on the land in helping, educating, and making sure that everyone is safe out there.”

Close to 520,000 hectares within Chilcotin territory according to Stump was burned in the 2017 wildfire season.