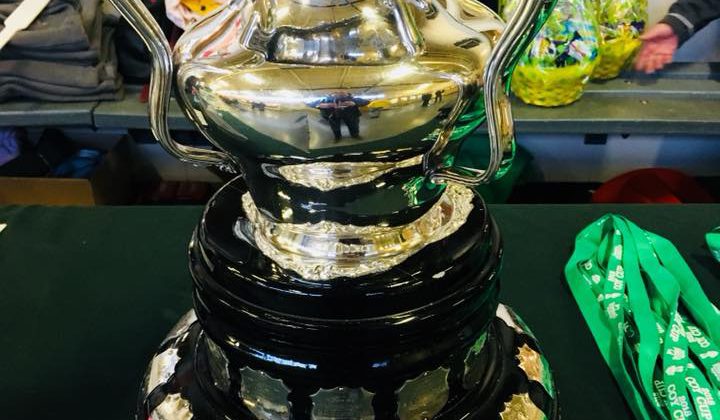 The journey to claim the 2018 Coy Cup gets underway later this afternoon at the Cariboo Memorial Complex in Williams Lake.

Williams Lake Stampeders spokesperson Holly Zurak says they’ve spent several weeks preparing for it and have received a lot of help putting it together from both local businesses and volunteers.

“The community support has really been amazing. We got all of our game sponsors lined up super early and lots of prize sponsors. The people who are committed to running this tournament and running it well have been working real hard, they’ve done a good job, and some of our long standing volunteers have been working their butts off”.

Zurak also said that more volunteers than usual will be working this event.

“There is a lot of behind the scene work that’s goes in and 8 games in a row in less than 8 days so it’s a lot of work to put together. We actually have I think close to 80 volunteers working with us to pull the whole thing off”.

Game one is this afternoon at five followed by the opening ceremonies at 7:30 with the introduction of all the teams and a special welcome from local dignitaries.

The Williams Lake Stampeders will play their first game tonight at eight against the Terrace River Kings.

The rest of the Cup Cup schedule looks like this: