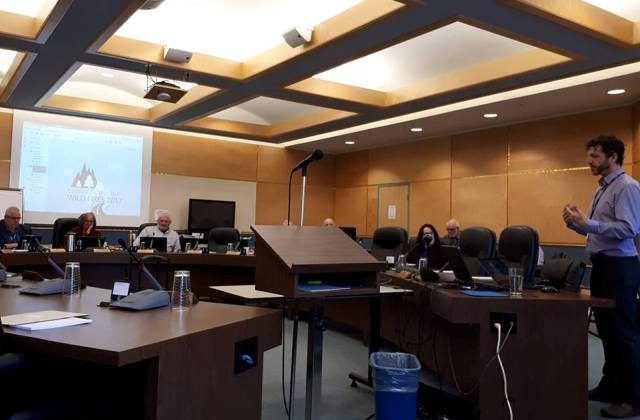 After 12 weeks of consultation meetings, surveys, and Facebook feedback throughout the Cariboo-Chilcotin last year the results of a wildfire consultation report were presented Friday at a Special Cariboo Regional District Board Meeting.

“It was a lot of work and I’m happy that it’s done and that the region can now take this and move forward, and learn from this disaster and prepare for the next emergency,” says Tim Conrad, a consultant with Butterfly Effect Communications.

“Hopefully there’s not a disaster in the forecast, however being prepared is so important for the region because the reality of another wildfire season that’s like that or something that’s related to what the wildfires left behind is possible. Everything shows that it’s quite likely to happen again.”

A total of 75 recommendations in 40 areas resulted from the report that will be referred to the new Emergency Preparedness Committee according to CRD Chair Margo Wagner.

“I’m going to chair it. There are lots of experienced directors that are on that Committee so we will work our way through,” she says.

“My goal is to find the low hanging fruit that is an easy fix, a quick fix for us, and there are several points in there that we will able to enact on quickly. I think they’re all achievable eventually; they’re not all achievable this year or even maybe next year. Some of the issues, and we will be talking to government with this is that our funding we’re taxed based-we don’t have a pit of money that we can pull in.”

The Cariboo Regional District commissioned the report following 262 wildfires burning over 900,000 hectares during a 77-day long disaster from July 6 to September 20, 2017.

During the consultations, over 53,000 pieces of data were collected, including verbal and written comments and survey answers.

Links To the Report: