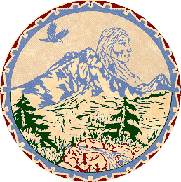 “We went through our first round of election and Jimmy Lulua won by majority vote,” confirmed Band Manager Dalton Baptiste.

“So he is elected as Chief for the next 5 years.”

Lulua in his election platform said that the time is now for change and that he is always invested in their youth and community.

A council election according to Baptiste does not happen until June.