The President and CEO of Interior Health will be retiring at the end of October. 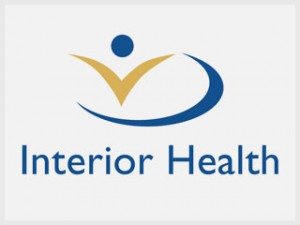 Interior Health’s Board Chair Doug Cochrane announced Friday that Chris Mazurkewich has provided the Board of Directors with his letter of resignation.

Mazurkewich was appointed President & CEO of Interior Health in October 2015 and will remain in his position until his departure in the fall.

“It has been an honor to work in healthcare alongside the physicians and staff who provide care to our patients, clients, and residents,” said Mazurkewich in a news release.

“Throughout my career, I have had the privilege of meeting countless individuals who make incredible contributions to the delivery of healthcare every day. I want to extend my gratitude to each of you – thank you.”

Mazurkewich was appointed President & CEO of Interior Health in October 2015. Prior to that, he was Executive Vice President and Chief Operating Officer at Alberta Health Services for four years, overseeing the clinical operations of the Alberta health service delivery system, including over 100 hospital, residential, community care, and support service programs. From 2002-2009, Mazurkewich was Interior Health’s Chief Operating Officer, Strategic & Corporate Services.

Some highlights during Mazurkewich’s tenure as CEO at Interior Health include: