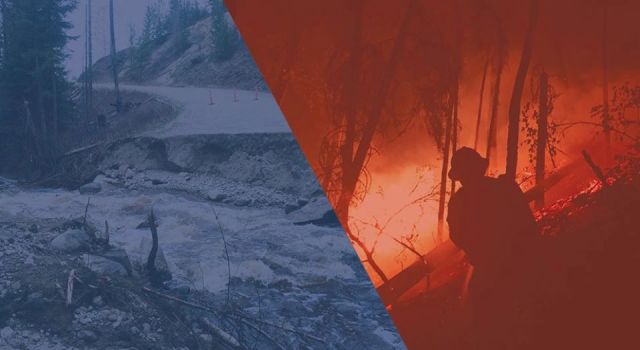 The opportunity to provide recommendations about how the Province can better plan and respond to wildfires in the future will be available Tuesday at an open house in Williams Lake.

The BC Flood and Wildfire Review commissioned by the provincial government last year will be at the Pioneer Complex from 2 pm until 8 pm.

They will also be in Alexis Creek on Thursday.

The Review is being co-chaired by independent experts George Abbott and Chief Maureen Chapman who are expected to deliver a report with recommendations to Premier John Horgan before April 30, 2018.

Abbott has served as minister of five different ministries from 2001 to 2012, including the Ministry of Sustainable Resource Management from 2004 to 2005.

Chapman is Hereditary Chief of the Skawahlook First Nation and participates on a number of committees with the BC Assembly of First Nations, First Nations Summit and Union of British Columbia Indian Chiefs.

Widespread flooding this past spring, and a record-setting wildfire season resulted in numerous evacuations and significant damage to private property, infrastructure, and natural resources.

“The dedication and courage exhibited this year by BC Wildfire Service and Emergency Management BC staff, first responders, contractors and countless volunteers was remarkable,” said Minister of Public Safety and Solicitor General Mike Farnworth in a news release.

“Were it not for their professionalism and hard work, this year’s events could have been much worse. We owe it to them to ensure this review better prepares our province for future events.”