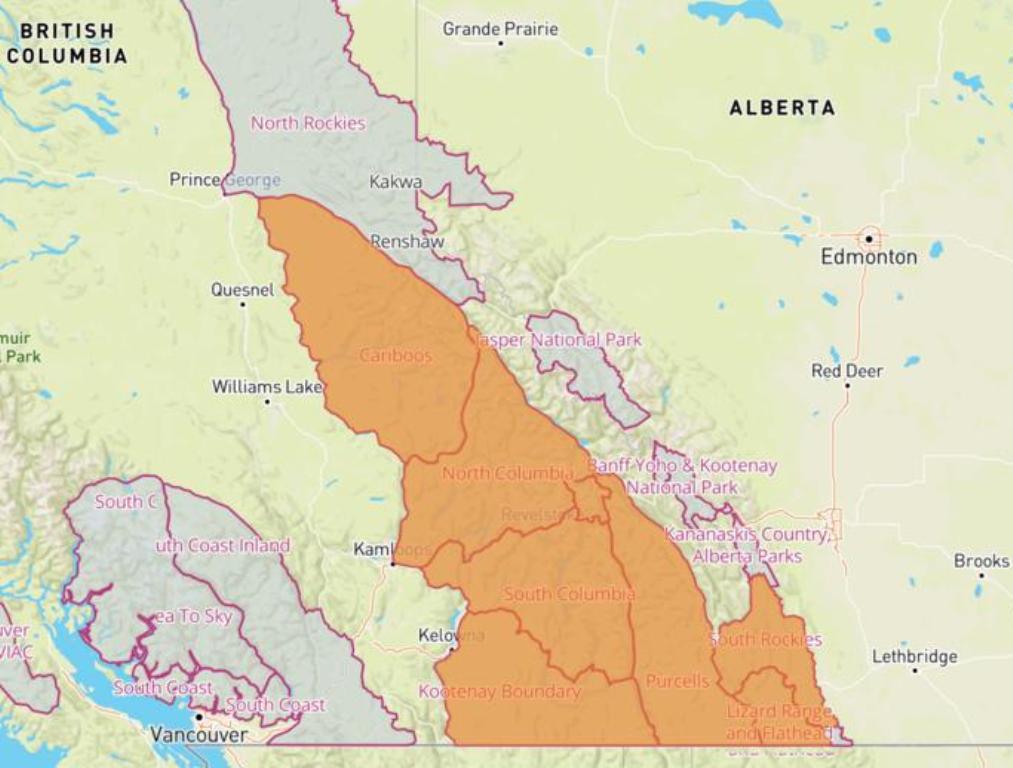 Avalanche Canada has issued avalanche warnings for much of BC’s Interior Ranges including the Cariboos.

Floyer says the warmer temperatures forecast for this coming weekend will increase the chances of triggering an avalanche.

“Although valley temperatures through the weekend may stay fairly cool, we’re expecting those higher elevation areas to warm up quite dramatically and that’s going to have a negative impact on snow stability,” he explains.

“We do expect avalanches to occur as a result of that.”

Avalanche Canada reports that recent snowstorms have buried weakened snowpack layers anywhere from 40 cm to more than a metre deep and that the weight of the new snow has brought this unstable snowpack to a critical point.

“The signs indicating you are exposed to avalanche terrain can be very subtle,” says Floyer.

“If you don’t have the training to recognize them, please avoid the backcountry or hire a professional guide.”

There have been a number of near misses reported over the past 7  10 days as well as a fatal avalanche accident north of Fernie on January 8.

The special public warning is expected to remain in effect until Monday, January 15.