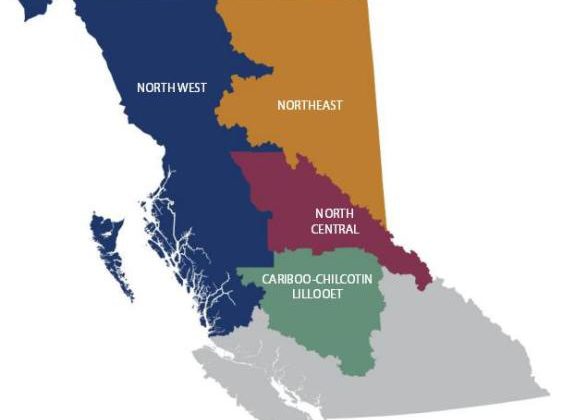 The Northern Development Initiative Trust‘s (NDIT) 2017 State of the North shows economic conditions have stabilized in Northern BC.

This comes following the decline in commodity prices in 2014 resulting in shutdowns and project delays.

Factors outside the region are what affected this re-stabilization the most, according to CEO Joel McKay.

“Global forces, more than anything, back in 2014 we were coming off of a high of global commodity prices in a variety of sectors that were really driving forestry, mining, oil and gas here in Northern British Columbia,” he explains.

“As those commodity prices came down it had an impact in our region and we hit the bottom so what’s happened since then is the commodities globally have stabilized a little bit more.”

Gathering information for the North was a struggle McKay says, but not necessarily the most intriguing piece of information.

“We do tend to think about Northern BC as the land of major industry and while that’s true, it’s also really the land of small business,” McKay says.

McKay says the stabilization will not affect Prince George as much as smaller communities in the North, due to the diversity of Prince George’s economy.

This was the first report of its kind done by NDIT but McKay says they may look into doing more in the future.

Other highlights from the State of the North report include: