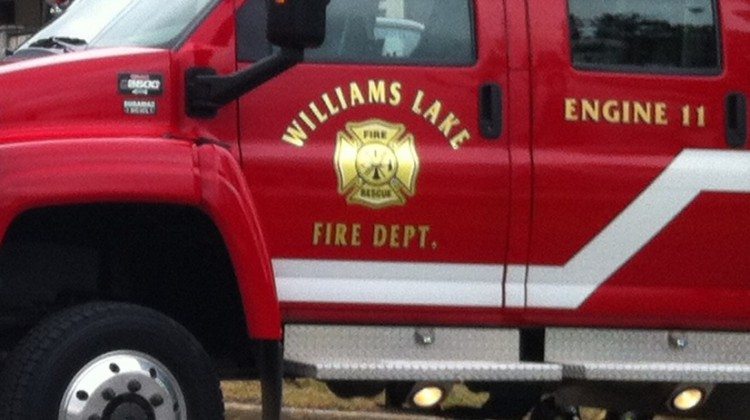 The Williams Lake Fire Department was on the scene of a devastating blaze Tuesday afternoon.

Fire Chief Des Webster says they were called to a report of a fire in a shop on 168 Mile Rd. just after 1 pm.

“Upon arrival we found the shop to be fully involved and some damage was happening to a couple of pickups and also a camper. It was a difficult fire once everything fell in, we had to pull everything apart. So it took a little bit of time to mop up.”

3 trucks and 14 firefighters responded and Webster says although the Wildwood Department was called for tender support they were not required as city hydrants were close by.

“The building and everything in the building was completely destroyed. The damage to the vehicles was extensive-not sure if they are repairable,” he says.

“Unfortunately as well a small dog perished in the fire.”

The homeowner who made an attempt to try and rescue the dog suffered burns to one of his hands.

Webster says at this point it is not known what caused the fire.