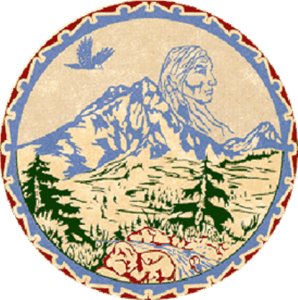 The Xeni Gwet’in First Nation has declared a ban on moose hunting within its management area by all peoples, as well as no hunting or entrance onto declared Title Lands by non-Tshilhqot’in peoples with firearms.

“We understand that ? Esdilagh (Alexandria) their people made the same decision and the leadership in Anaham is pushing for this so I think our decision from our people hopefully it’s a domino effect to the rest of the Chilcotin for the future, for our future generations,” said Chief Roger William.

Moose population according to William has been an issue for over 7 years.

“We’ve been working with BC to try and limit the hunting, even for years we’ve been trying to shut down any hunting. Now we have this BC wildfire; we have over 230,000 hectares of the Hanceville Fire and we felt that has and is going to impact the moose more,” he said.

“Previous to this we were talking to our members not to hunt any cow moose at all costs, that if you were going to hunt moose it should be only bull, but a lot of our members because of the longstanding concern and then the wildfire this summer they felt I’m not going to hunt no more moose, we got to protect for our future.”

William says based on the communications to them, they made three recommendations as Chief and Council and held a referendum on September 28.

Effective until May 31, 2018 in the Xeni Gwet’in Caretaker Area:

“It is an honor to meet those people who have been coming to our territory for over 20 years and have stated they will respect the moose and not hunt moose at all this year because of the wildfires and other impacts,” said Councilor Marilyn Baptiste.

Title Land Rangers will be on the land throughout the fall season educating the public and encouraging hunters to comply with the policies.