Wildfires Force Evacuation Order To Be Expanded West Of Quesnel

The evacuation order has been expanded for the area east of Nazko due to the wildfire activity in the region yesterday.

Ellie Dupont is the Fire Information Officer in charge of the Kluskoil Lake wildfire that caused the Cariboo Regional District to take that action.

“Yesterday the helicopters were able to get up in the air but they didn’t do any suppression activity because it was too smoky by the afternoon. They set them down and pulled all our crews out.”

Dupont says the Kluskoil Lake fire was last estimated at 19,836 hectares and the Baezaeko Lake wildfire at around 182 thousand.

“It is important for people to understand that it’s still a very hazardous area and for people that are on evacuation order they should not go back into the order area. We have reports from the rcmp that people are going back in and they know that they are going in through back roads because they are obviously being blocked on certain roads but if they go back there and things get out of hand we will not know where they are.”

Dupont says they hope to get the skimmers up in the air to help out today.

The Baezaeko River fire is approximately 110 kilometres west of Quesnel while the Kluskoil Lake wildfire is around the same distance from Quesnel to the northwest. 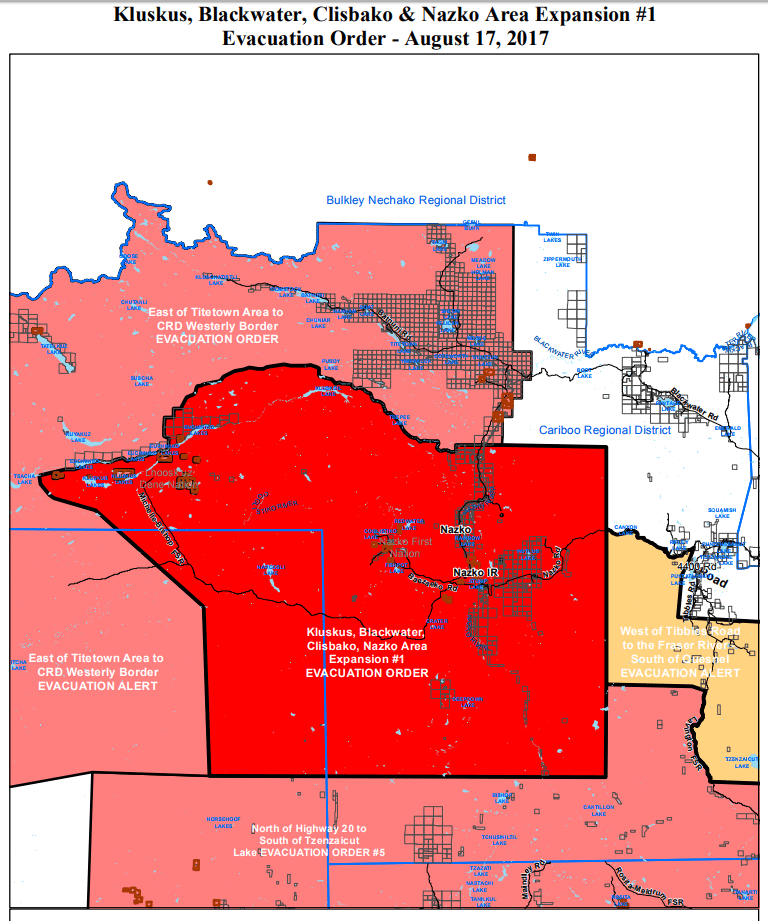