RCMP Stress the Importance of Staying Up to Date 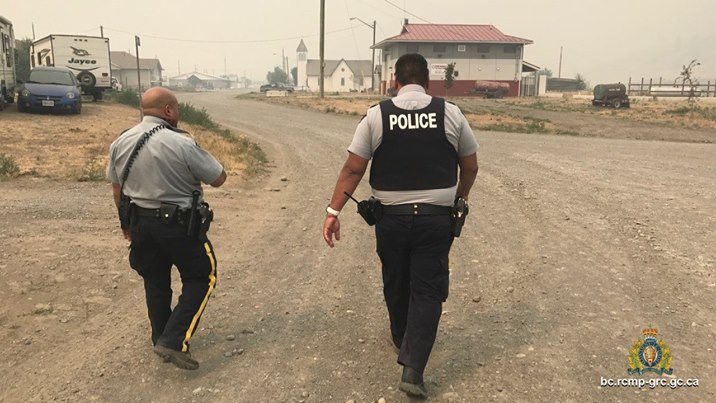 RCMP are reminding the public that evacuation orders still remain in place in the Cariboo.

RCMP Staff Sgt. Annie Linteau says the reminder comes after several people had presented themselves at check points where orders remain in effect.

“Many of these people had been driving quite awhile and unfortunately had to be turned away. We encourage everyone to go the Cariboo Regional District website; they can also be found on Facebook and Twitter.”

Rob Turner with Emergency Management BC says they strongly encourage everyone to register for the Carbioo-Chilcotin emergency notification system so they can receive a text, call, or email regarding any change to an alert or order status.

Linteau also stresses the importance of staying to update on all restrictions and bans as people could be faced with significant fines. She says that it appears that some people are ignoring campfire bans as hot and dry conditions persist, and wildfire activity continues across the province.

RCMP in Vernon had received a complaint of a small fire burning in the Rail Trail area Thursday evening.

“When we arrived we found 3 males seating around a campfire enjoying some drinks totally oblivious to the fire danger in that area,” says Linteau. “Winds were gusty and small embers were gently flying from the campfire.”

Linteau says the men were fined $1,150 under the BC Wildfire Act and that the fire department was brought in to ensure that the campfire was fully extinguished.

This marks the second such incident this week.

Two rescued hikers had lit a campfire in the Cariboo-Chilcotin in Tweedsmuir Park. They were fined for the campfire as well as accessing the Park while being closed.