CRD To Seek Economic Assistance from Provincial and Federal Government 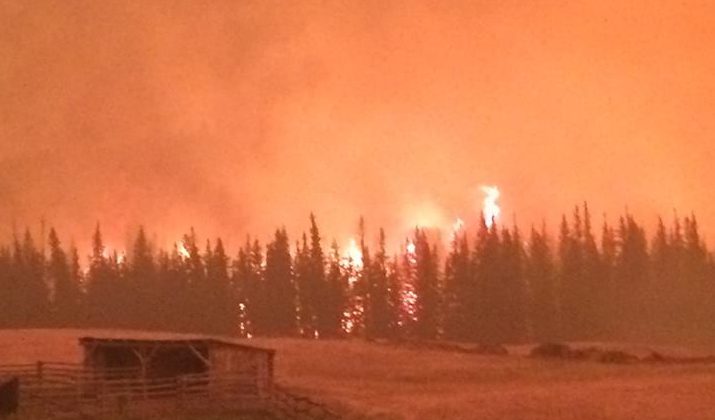 Federal officials will be in Prince George Saturday morning meeting with the Vice Chair of the Cariboo Regional District.

Chair Al Richmond says although he will not be in attendance, they will be looking for the Feds as well as provincial government to give the Region some economic assistance to rebuild the economy

“We’re trying to raise the long-term issue which that is causing us grave concern is the impact particularly in the Cariboo-Chilcotin on our cattle industry. These folks have been really hit hard by fires as far back as 2010 and the devastation, my understanding now, is even more so than those times.”

President of the BC Cattlemen’s Association Kevin Boon says although he hesitates to even guess the economic losses it is in the millions. He says it will depend on the evaluation afterwards on how many cattle have been lost, how many fences have to be replaced, how much infrastructure has been destroyed, as well as hay and feed losses.

Richmond says that another long-term concern is also the mid-term timber supply and that a lot of it which was destined for the mills has gone up in smoke.

Premier John Horgan pledged on July 19 his ongoing support for the people and communities affected by wildfires in B.C.’s Interior, as the cabinet met for the first time in Victoria.

“When we face difficult times, people and communities come together to help each other. Our government is stepping up our support of the people affected by the devastating wildfires in the B.C. Interior,” said Horgan.

Cariboo Prince George MP Todd Doherty has been touring the region earlier this week stopping in Williams Lake on Wednesday. He gave an update on Facebook from Alexandria Friday morning.

“Hope to be travelling out west today and will update along the way,” he said.”#CaribooStrong #BCstrong. Please be safe.”