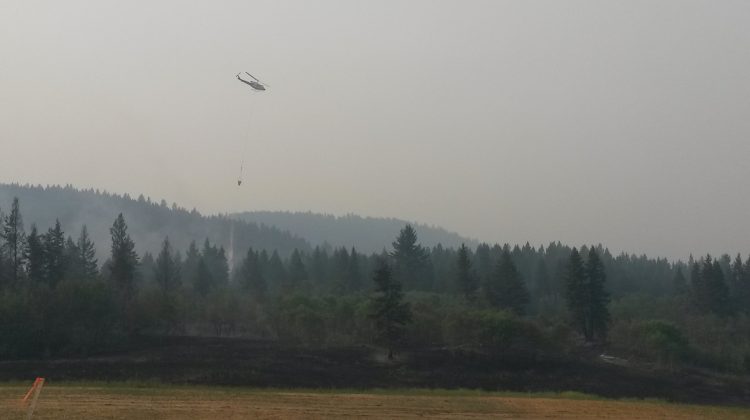 On his first official day as the leader of British Columbia, Premier John Horgan is addressing the wildfires burning through the Cariboo and Southern Interior regions.

Given the circumstance of the current situation, Horgan has extended the province-wide state of emergency for another two weeks starting on Friday.

“A coordinated, strong response is important to this situation not just to dress the fires, but also to give comfort to people in communities. It’s clear to me that we need to do more and we need to give additional support to the people and communities affected.”

Horgan says an additional $600 will be distributed through the Red Cross BC Fires Appeal campaign to families in need for every 14 days the fires continue to grow.

“We’re well within the $100 million range at this point on services for people. The cost of fighting the fires however, has exceeded the $63 million notional line item in the budget and we expect to see that increase over the days and weeks ahead.”

He says according to the Red Cross, 80% of evacuees have registered as of Sunday, and he’s been in constant communication with the organization’s CEO.

They’ll be deployed into the regions as early as Thursday morning.