Fire Departments Behind the Lines Setting Up Structure Protection 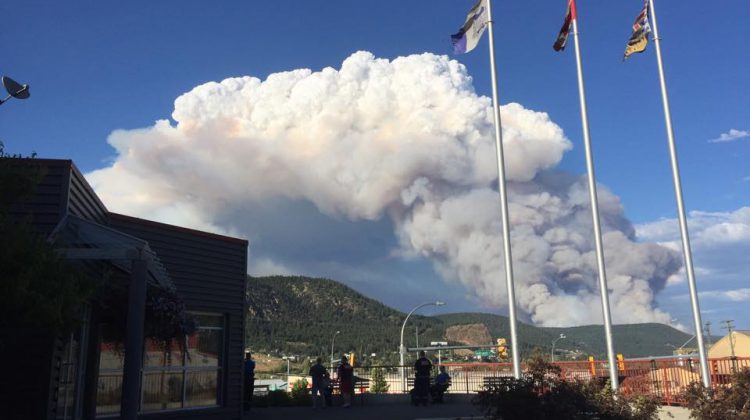 Local fire departments with the aid of others from across the province continue to prepare for the event should the wildfires reach the City of Williams Lake which was evacuated on Saturday.

“On the west end of town they’re setting up sprinklers on a lot of the residences and the large values out there which would be the three lumber mills because that’s typically the direction fire is going to come. By putting the sprinklers up it gives us a bit of a head start should the fire get there, those should be protected.”

Webster says crews at the beginning of the week when the fire activity had started were putting in some 24 hour shifts with a lot of them sleeping at the fire hall.  He says right now that they have a 10 hour shift that works during the day with the out of town structure units taking over from noon until midnight.

He adds that the support they’ve received has been phenomenal.

“The support that we’ve gotten from the City and the businesses and the ones that have come back to town to open up to help the effort with all the firefighters; not just us but the RCMP and the forestry guys and what not, it’s been phenomenal. I don’t think we would have gotten this far into the event without that help and we just really appreciate all the effort those guys have been doing.”

Webster says that it is really smoky in Williams Lake today and that it has been cooler than it has been in the last couple of days.

He says rain which is expected for tomorrow will help immensely although it is not certain to what extent.

“I’m just so proud of my guys. The effort they put into this thing,” says Webster.