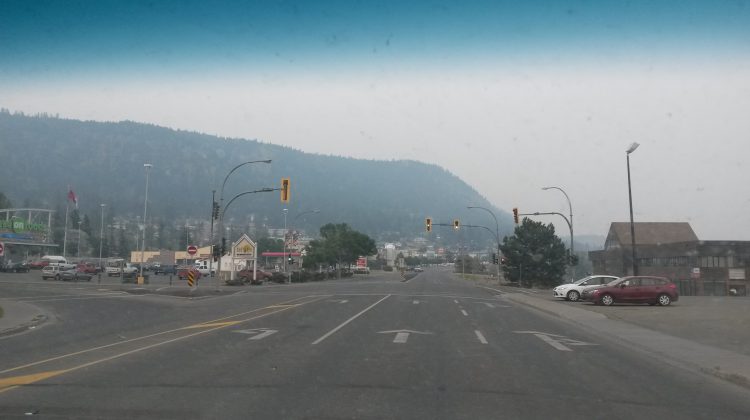 The evacuation alert for the City of Williams Lake and surrounding areas remains in place as of Wednesday, July 12. -Photo: R Dyok, MyCaribooNow

What’s it like to be evacuated ? Well our colleague Rebecca Kelli, part of the news team here at at Vista Radio, now knows.

“I made the long journey through Valemont and Mcbride. There were actually not too many going to pg at the time i went. I got into Prince George i want to say at 7 in the morning, maybe 8.”

Kelli says the traffic was bumper to bumper.

“They had a bulletin board with sticky notes and residents allowing evacuees come into their homes, there giving available rooms, even their own backyards for people who have pets…so that was really something.”

Kelli says she saw a lot of smoke on her journey to Prince George but no real fire activity.