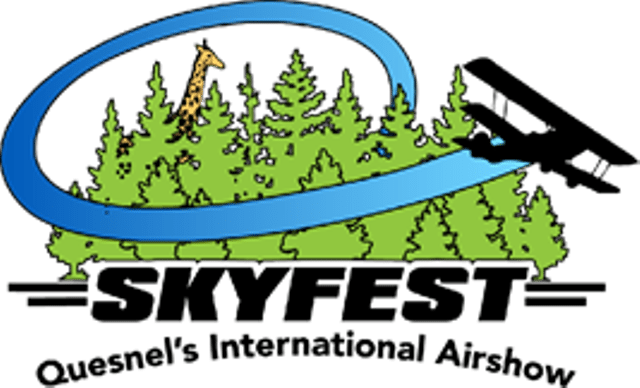 Just like Billy Barker Days, Quesnel’s international airshow has been canceled as wildfires continue to rage across the Cariboo Fire Centre.

The Quesnel Airport has been designated a fire support base by the provincial government and forest service for a minimum of 30 days.

Vice President of Skyfest Sharon MacDonald says the decision was made Wednesday and that the Society is reviewing and considering all options and possibilities moving forward.

“It’s definitely done because we had three Canadian Forces teams coming in and even the individual pilots, they’re all booked 1-2 years in advance. We’re looking into whether we can do it again and it’s always the long weekend in August so we’re looking to see if we can it in 2018.”

The Society says the decision was a heavy one to make at this point in time, given the thousands of volunteer hours already put into making this year’s show one of the biggest and best thus far.

They say they, however, know that a number of people who had planned to attend, and work or volunteer at the event have their focus on the safety of their families and properties.

“The Quesnel SkyFest Society and the City of Quesnel feel this is the responsible thing to do at this time and will update everyone once new plans have been finalized,” said the Society.

“Our thoughts are with all the families directly and indirectly impacted by this catastrophic and historic event.”

This would have marked the 5th year of SkyFest in Quesnel which is held every two years.