Over 34,000 in the Cariboo-Chilcotin affected by Alerts and Orders 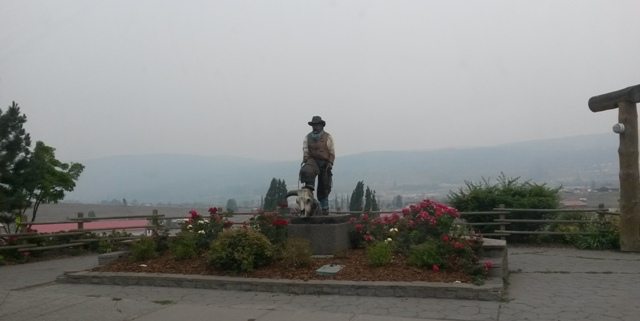 Smoke is seen in the City of Williams Lake on July 11, 2017. An evacuation order issued on July 15 was downgraded to an alert on July 27. (R Dyok, MyCaribooNow.com staff)

As of Tuesday, July 11 at 9 pm, 16 evacuation orders, and 6 alerts were in effect according to the Cariboo Regional District.

“It means that the total affected people in the Cariboo Chilcotin are 34,380. This is a significant event, it’s unprecedented for our region,” says Richmond who noted that no additional alerts or orders at this time have been issued at which they’re pleased.

“I’ve been talking to a few people; some in Barriere, some in Kamloops, some in Prince George. I have to say and I will be thanking the Mayors of these communities,” says Mayor of 100 Mile House Mitch Campsall. “They’ve been greeted like kings and treated like kings and people in all of those communities have just been over welcoming. It just does your heart good.”

CAO for the City of Williams Lake Milo MacDonald says he is led to believe that Tuesday was a good day in terms of fighting fires although he noted an evacuation alert that was issued Monday remains in place.

“We’ve noticed a number of people leaving the community. Many people have chosen to do so on their own volition, and we’re also noticing a dramatically increased police presence for which we’re very grateful. The RCMP have been very supportive in providing us additional security that will be required in the event that things deteriorate.”

4,885 people had registered at Lake City Secondary (Carson Campus) in Williams Lake as of 5:30 pm according to Dave Dickson with Emergency Social Services.  He says it was a very busy day for volunteers and that more are desperately needed to help with registration. “Just come to the campus and we’ll teach you right on the spot and you can start to work. We’d be very grateful.”

An increase in fire behavior on fires throughout the Cariboo Fire Centre is anticipated on Wednesday, July 12 due to winds and the possibility of lightning.