Another Day Of Evacuations And Alerts Due To Cariboo Wildfires 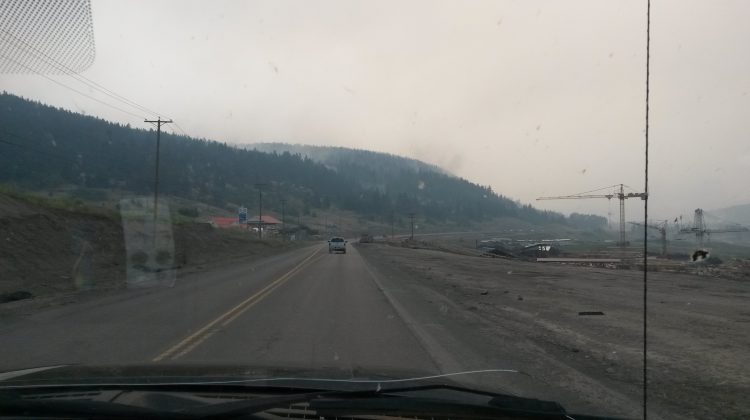 Kersley residents are not being evacuated.

There is an evacuation alert for Dragon Mountain in the Kersley/French Road area.

“We’d like them to get their personal papers together, their pets ready and some personal items they might like to take with them if they are asked to leave their house, preparation for evacuation. It’s a precautionary step but there is no need for alarm.”

That fire was last estimated at 1500 hectares.

If there were an evacuation, which once again there isn’t at this point, people would go to the Rec Centre in Quesnel where they may be asked to continue onto Prince George where there is more capacity.

We also have alerts for a couple of areas in the Williams Lake area.

“The evacuation alerts for North Lakeside and South Lakeside that were issued remain in effect and residents are asked to confirm changing conditions on a regular basis by monitoring the radio, credible social media sites and the City’s Facebook page. At this time there is no imminent danger of any property or structure in the City of Williams Lake. For information of an urgent nature call 392-2364.”

That includes all of the properties from Lakeview Crescent to the City boundary on both sides of the Highway.

The Cariboo Regional District has also expanded the Evacuation Order for the rest of Wildwood and for Soda Creek including Deep Creek and Soda Creek reserves.

The Evacuation Order is also expanding to include the top of Fox Mountain.

This does not include Pine Valley or Commodore Heights.

And a new evacuation order was also announced earlier today for the area along Highway 20 from 2 1/2 kilometres west of Alexis Creek to the Fraser River.

That includes the communities of Alexis Creek and Hanceville, the military range area, Riske Creek and 10 kilometres up the Chilcotin Meldrum Road.

We have also just received word from Interior Health that the Alexis Creek Health Centre is now closed due to the wildfire activity.