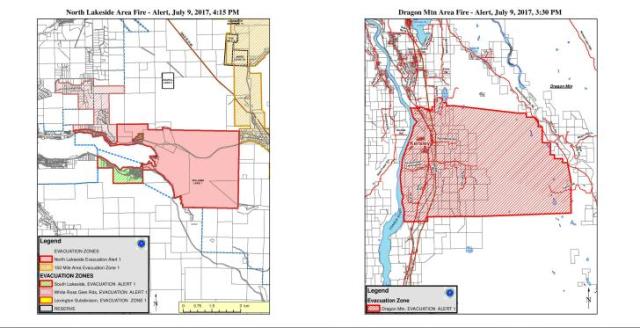 Two new evacuation alerts have been issued in the past hour.

An alert was also issued for North Lakeside at 4pm.

The Emergency Operations Centre for the City of Williams Lake is continually monitoring the situation and will be acting with extreme prudence in issuing evacuation alerts.

The evacuation alerts for North Broadway and South Lakeside that were issued remain in effect and residents are asked to confirm changing conditions on a regular basis by monitoring radio, credible social media sites, and the City Facebook page.

“At this time there is no imminent danger to any structures or property on the City of Williams Lake.”