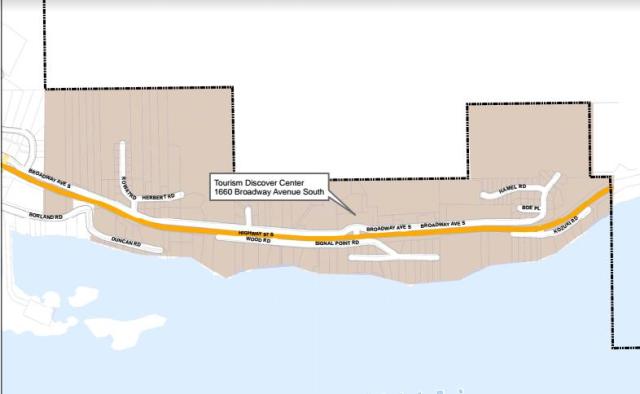 An Evacuation Alert has been issued for the North Lakeside area of Williams Lake (Evacuation Zone 8).

“It’s a little bit misleading at this point. It’s not North Lakeside,” explains Williams Lake Fire Department Chief Des Webster who gave us an update after the alert was issued. “It’s South Broadway from the Hamel Subdivision which is the south end of the City boundary to approximately just past Rowat Road.”

“We’re just giving people the heads-up just to be aware and to get ready for the possibility do they need to evacuate. So what they need to do is to have all of their belongings that they wish to take with them and just to be ready to go within an hour of the order being issued.”

The City stated in a media release issued at 3:00 pm that the alert is not an evacuation order, but given predicted weather patterns and firefighting resources that are stretched thin it is felt that it would be a prudent action at this time for residents of these areas to consider their options now.

“This area includes all of the properties from Lakeview Avenue east to the City Boundary on both sides of the highway. At this time there is no imminent threat to any structures or property within City boundaries,” said the City.

An emergency reception centre has been established at Lake City Secondary (Carson Campus) and any persons self-evacuating should report to this centre.