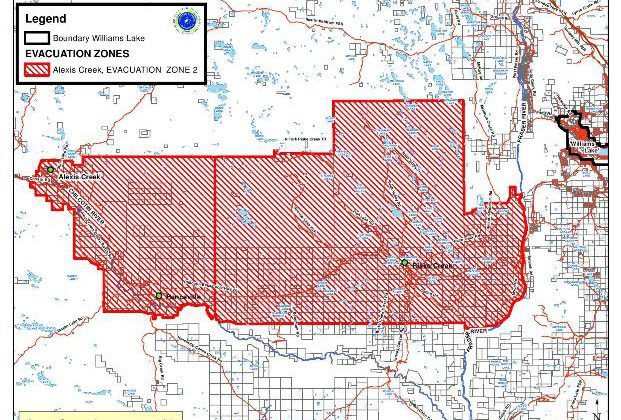 An Evacuation Order has been issued for the area along Highway 20 from 1 km east of Raven Lake Road to the Fraser River.

In Williams Lake meanwhile, the City issued a  media release at 1pm stating that fire activity is still unchanged.

“Public members may notice that Fire Department crews have been deployed in various outlying areas of the City to monitor these areas closely should action be required,” said the City.

“At this time there is no imminent danger to any property or structure within City limits, and South Lakeside from Seventh Day Adventist Academy east to the City boundary remains the only area under evacuation alert.”

“Should this status change the public will be notified immediately through all means possible.”