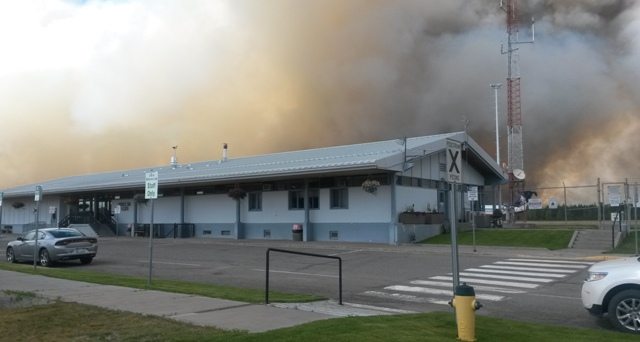 A wildfire is seen outside of the Williams Lake Airport on Friday, July 7 2017. (R Dyok, MyCaribooNow.com staff)

Premier Christy Clark has issued the following statement regarding the current wildfire activity in British Columbia on Sunday, July 9:

“Our first priority during this period of extreme wildfire activity in the interior has been to ensure the safety of all those directly impacted. This included declaring a provincial state of emergency so that all possible tools are available to fight the fires and protect families and communities.”

“The emergency and forestry crews have done exemplary work, conducting themselves in the professional manner we’ve come to expect from them. As well, communities and residents have also stepped up and rallied together to help all those who need it.”

“But as the full force of the fire becomes clear, British Columbians need to know that government support will be sustained. Today, the Province is announcing a $100-million fund that will provide impacted communities and residents the resources needed to rebuild.”

“The transition team for the incoming government has been briefed on the establishment of the fund.

“I am traveling to Kamloops today to meet with emergency officials and families impacted by the wildfires. I want to ensure our government is doing everything possible to provide support during such a devastating time for so many British Columbians.”