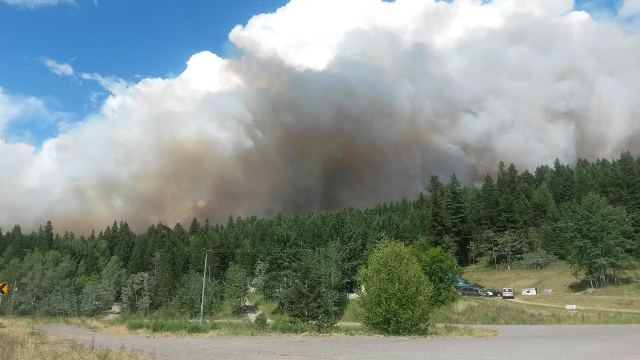 The province-wide State of Emergency continues as wildfires continue to burn, according to Forests Minister John Rustad.

All available resources have been called into assist with Emergency Management BC, but the unfavorable weather forecasts and aggressive fires are making it difficult for firefighters to combat the flames.

More than 3,000 homes have been evacuated across the Cariboo region and evacuees have been sent to support centres in Kamloops, Williams Lake, and Prince George.

Minister of Public Safety Mike Morris says, in this time, it’s important for everyone to follow instructions from Emergency Personnel and to remain calm.

“These folks know what they’re doing; their instruction need to be understood very clearly. Police are bringing in extra resources in from the Lower Mainland. We can bring resources in from outside of the province as well. We’ll make sure they’ve got the resources they need to do their job, and to make sure everybody gets out safely.”

An estimated 260 first responders from other provinces are expected to arrive as early as Monday morning.

Rustad says they’ve contacted the federal government, confirming it’s standing by to help. He says, if the situation warrants, the military may be sent in to assist.

Cariboo Regional District Chair Al Richmond says that they are asking evacuees in Williams Lake to go to Quesnel or Prince George for help.

Richmond says the smoke isn’t good for people and it will allow them to have more room for future people if they are forced to be evacuated.

He stresses however that people aren’t being forced to leave.