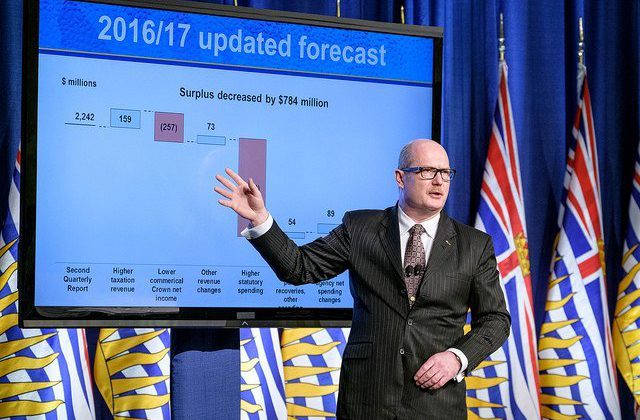 He says the Province has made a record breaking number in infrastructure to support services and jobs.

Families with net incomes of less than $35,000 will see their premiums eliminated entirely.

Other highlights of the 2017 Budget include:

* $287 million over the next three years to the Ministry of Children and Family Development, of which $120 million is to begin addressing recommendations of the Grand Chief Ed John Report on Indigenous Child Welfare.

* $199 million to fund a $600 per year increase to income assistance rates for persons with disabilities.

* $175 million to provide income assistance supports for those in need, including $8 million to exempt additional child-related benefits, expected to help 600 families and 1,000 children.

* $135 million over three years for community living services, primarily via Community Living BC.* Eliminating PST on electricity over the coming two years – saving small, medium, large and industrial businesses throughout the province $164 million by 2019-20, which further encourages

* Eliminating PST on electricity over the coming two years – saving small, medium, large and industrial businesses throughout the province $164 million by 2019-20