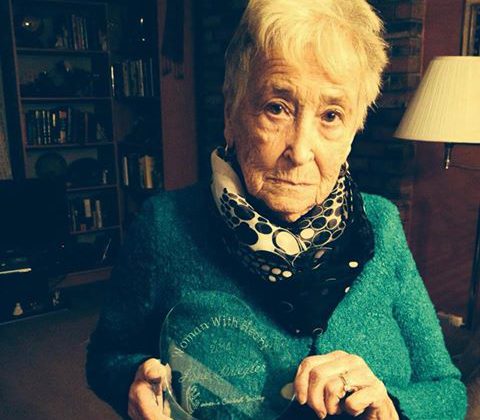 Condolences continue to pour out for a well-known educator in the Cariboo Chilcotin who passed away last week.

Member at Large for the CCRTA branch of the BC Retired Teachers Association, Jim Rowse says June Striegler was his second principal when he moved to the area when he very young.

“To me she was like my school mom because she was exactly the same age as my own mother and she kind of acted like that at times, both good and bad by the way she would react to the things that we had done. Overall her influence on you was very constructive and it certainly helped me in my life and she did for many others.”

Rowse says Striegler was close to the hearts of many, teaching across the Cariboo-Chilcotin and even overseas.

” June was active in her professional life from the age of 19, when she started teaching in Springhouse, until the day she died. In fact, June had just completed an English tutoring contract for Thompson Rivers University in December 2016. On her last day, students were still contacting her for help with their essays,” the British Columbia Retired Teacher’s Association said on Facebook.

“Although June was a principal and educational consultant, she always described herself as a teacher first.”

Striegler who passed away peacefully with her family on January 8, 2017 was 96.