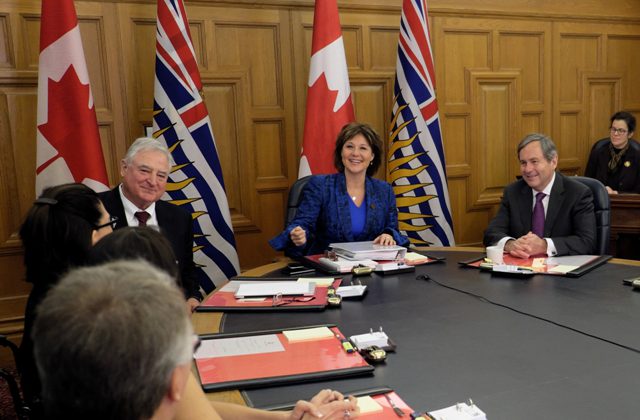 The BC government is optimistic about the new US administration and moving forward with softwood lumber discussions.

Speaking in a news conference today, Premier Christy Clark believes President Donald Trump will be more open about trading within the forestry sector, provincially and nationally, and says we could see an agreement in the near future.

“We didn’t get anywhere, we worked hard; and what we were finding is we were going to the table making offers, but how often do you make offers against yourself when there isn’t a genuine counter offer from the other people at the table.”

According to Clark, 140 BC communities rely on the export of softwood lumber to better their business and expand their market.

She says this sense of positivity from the American government will provide a big help in keeping the province at the top of job creation in Canada.

“50,000 families depend on paycheques from the forest industry in our province, and that’s why it’s important we get a deal, but it’s really vital that we get a good deal.”

For smaller producers however, they’re still hoping their investments south of the border will pay off in cash duties.

That’s according to David Emerson, British Columbia’s Trade Envoy to the United States.

“I think the US didn’t want to renew the previous softwood lumber agreement because we actually had a settlement process that drawed us through disputes in a timely way.”

Both Emerson and Clark believe the current agreement dispute speaks on a national level and is not a small regional issue as what the US is led to believe.

The Premier also brought up the Prime Minister’s recent visit to the White House since President Trump was inaugurated.

She believes Justin Trudeau made a good impression and this could be the beginning of a strong relationship.

“They talked about softwood in their meeting privately that they had beforehand. The problems that the Americans see in the agreement aren’t mostly North of the border, it doesn’t mean that there’s not a lot of work to do, but I think our Prime Minister got off on the right foot.”

On Wednesday, BC Lieutenant Governor Judith Guichon said forestry sector officials will be heading to the US soon to continue agreement talks on softwood lumber.

(Files from Kyle Balzer with MYRPINCEGEORGENOW)