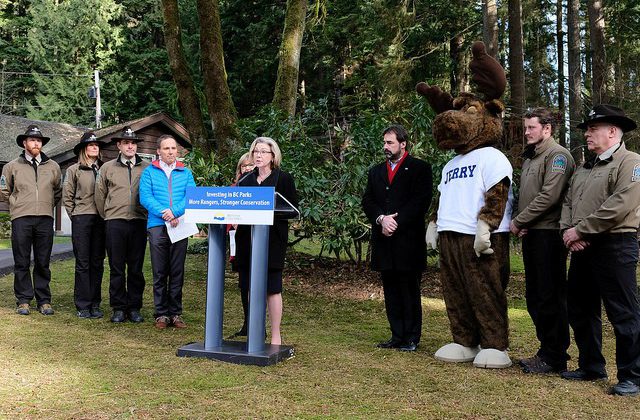 The provincial government is investing $35 million through to 2020 to BC Parks in an effort to maintain wildlife and their surrounding environment.

BC Wildlife President Jim Glaicar says this announcement is a win for all residents.

“We look at any investment into those parks that can keep them in pristine condition in the back-country, and those in the front-country that give them the funding needed to maintain them for the tens of thousands of people that use them, is a good step.”

The funding will be broken down into two separate categories:

– $25 million = Parks operations, including the hiring of 25 more full-time park rangers
– $10 million = BC Parks Foundation as endowment for future needs

The increase in rangers also includes 87 temporary positions to be filled during seasonal peaks in demand; Glaicar says this is critical for maintaining the integrity of BC Parks.

“Park rangers duties range from maintaining trails and campsites, to monitoring wildlife habitats and species at risk, to ensuring guests are aware of risks posed by dangerous animals such as bears and cougars,” said a Ministry spokeperson in an email.

“The hiring process will begin immediately, and we expect to have the new rangers in place for the upcoming camping season. Further details on exact locations of the new park rangers will be announced as the hiring process is completed.”

(with files from Kyle Balzer with MYPRINCEGEORGENOW)