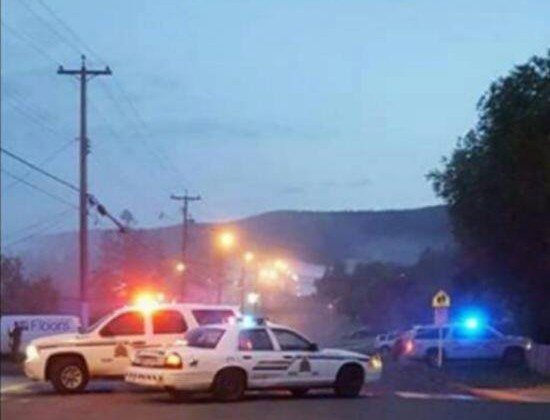 The combined forces moved in on a home on Veneer Rd. where they arrested a 22-year old female and 37-year old male.

Police recovered five rifles and a stolen truck on the property and as a result will be recommending charges to crown council.

RCMP did take extreme safety measures prior to the warrant being served including restricted access to both Veneer and Plywood Roads as well as evacuating some residents in the area as a precaution .

Police want to extend their thanks to all those whose lives were disrupted by this incident for their cooperation and understanding.