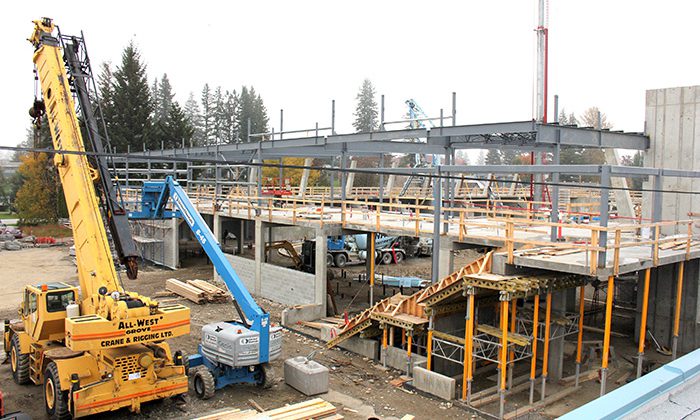 The new West Fraser Centre in Quesnel is beginning to take shape.

Jeff Norburn, Director of Community Services with the City of Quesnel, says there are a lot of different trades on site and a lot has been done in the past few weeks…

“We have steel erectors that have been starting to do steel on the front end of the building there, there is of course concrete work that is continuously ongoing, they’ve started doing some of the slab on grade pours, the upper concourse is now complete, they poured the last portion of that earlier this month so that entire 2nd floor concourse has been poured, the suspended slab.”

Norburn says they are also working on the utility connections in the space between the existing arena and the curling club and the new facility.

He says that work will restore the walkway between Lebourdais Park and Barlow and Vaughn there so that there is access to the curling club.

Norburn says the arena project remains on time and on budget.