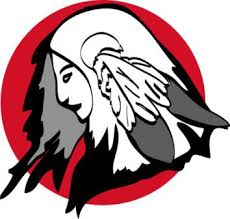 Economic Development Officer Kirk Dressler, says leaders are frustrated, disappointed, and disturbed at this point that there has been no further response from police.

“The RCMP have indicated that it is their opinion that this is a First Nations community issue and it’s a civil matter; Council’s position is that is, of course, a criminal matter.”

Dressler says the Band will take whatever action is necessary to regain access to the facility-including civil as well as pursuing it through the RCMP Commissioner and Minister of Public Safety.

RCMP staff Sergeant Del Byron says one individual was arrested yesterday for obstruction after breaking through a police cordoned area.

The demonstrators are maintaining that a number of issues have not been resolved, including the removal of a tenant last week, as well as the Band’s involvement in the NSTQ Treaty process and negotiations with Mt. Polley.

Dressler says although Council is always prepared to have dialogue, it has to be reasonable and lawful.

“It starts with the individuals who are in possession of the building removing themselves and allowing Council to have access to it. Once that occurs, Council will, of course, engage with community members about whatever reasons are of importance to the community…At this point, we haven’t gotten uptake from the people in the building.”