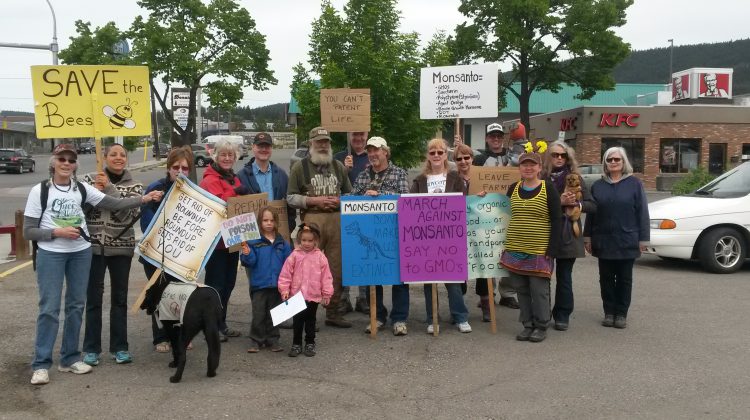 People from around the world including Williams Lake took part in March against Monsanto rallies Saturday.

Organizer Erin Hitchcock, gathered with others to march from Cariboo Growers along Oliver Street and then back.

“It looks like more than a dozen people here and it’s May long weekend, so it’s really a busy weekend for lots of people. I’m still happy with the turnout, whether it’s 5 people or 500 people the important thing is that somebody comes to these events and raise awareness on these issues.”

Although a major study in the US was released prior to the event stating that GMO foods are safe for consumption, Hithcock says she’s not convinced.

Participating for the first time in March for Food Justice, was local farmer George Beltrame who has have been bringing good-quality vegetables into the community from him and his wife’s garden for 20 years.

He says although he would not call farming anymore but industrial food production for the masses, it’s nevertheless hurting our pollinators, soil, and water.

About 30 people participated in the event.