TO CLOSE OR NOT TO CLOSE…THAT IS THE QUESTION 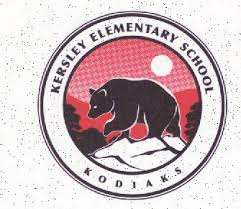 More than a hundred people packed the Chuck Mobley Theatre at Correlieu Secondary School in Quesnel last (Feb 23) night, all with one goal….to save Kersley Elementary School.
They fired question after question at the School Trustees and District Administration.

The group also had some new ideas.

Shannon Wilwand, a spokesperson for the Friends of Kersley Elementary Committee, wanted to know if there was an additional tax put in place if it would make a difference.

That tax would be collected by the Cariboo Regional District.

Wilwand also talked about another possibility of transferring the maintenance of the playing field or grounds at Kersley over to the community to take care of…an idea she received from Cariboo North MLA Coralee Oakes.

Other suggestions that were made to save the District money were to go to a two week spring break or a 4-day school week as well as to cut administration.

Many in the crowd felt that busing was the problem as students weren’t being bused south to Kersley which would increase their numbers.

They also questioned the condition of some of the other schools that will remain open and disputed some of the school district’s numbers, even going as far as to say that closing the school wouldn’t save any money at all.

Kersley is one of three schools on the chopping block in the district following a facilities review.

Meetings are also coming up on the closure of Ecole Baker and Parkland Schools which will be followed by another meeting on March 29th, which is the night before the Board of Education will make a final decision.

That’s how Tony Goulet, the Chair of Quesnel’s Board of Education, described last night’s meeting.

He says there was a lot of emotion which seemed like anger against Trustees who were there to listen.

Goulet says by the end of the night he thinks the public understood that it was the Ministry of Education and the Provincial Government who were pulling the strings and had complete control over what funding they get.

As for the suggestions that they heard, Goulet said they would be considered and that they were definitely not off the table.

He did say however that the Board would need a plan and something written from the community to look at.